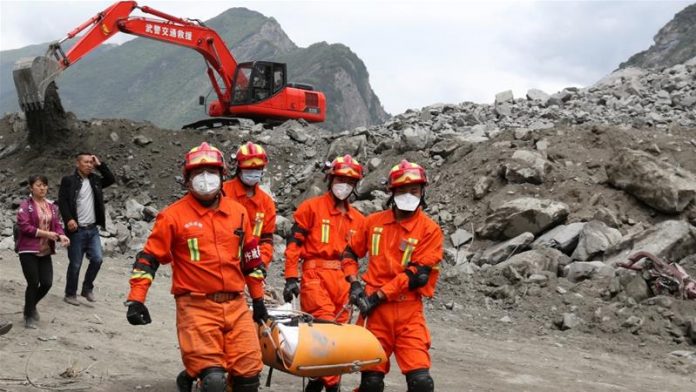 Foreign Minister Hisham Sharaf Abdullah expressed the  condolences of the National Salvation Government to the government and people of the Republic of China on the victims of landslide in Maoxin County, Sichuan Province, which caused large numbers of victims and displaced people  .

The Minister pointed out that the world is facing  from time to time a number of natural disasters that are dealt with in cooperation between local authorities and international organizations while the Republic of Yemen is facing the greatest humanitarian disaster in the world, which has many economic, financial, humanitarian, living and social aspects.

The Foreign Minister pointed out that the disaster in Yemen  is a human-made with the testimony of the international community and the United Nations organizations as a direct result of the Saudi aggression and its allies with  the  support  of the American administration,the British government in the light of international silence .