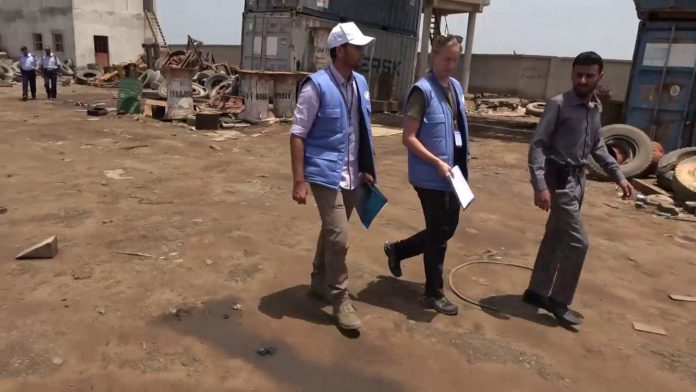 The UN Monitoring Team in the port of Hodeidah on Monday resumed its work, following the implementation of the first phase of the Sweden agreement by the National Salvation Government.

During a meeting, Yemeni representatives discussed with the UN team on a number of files and topics related to the resumption of work in the port.

The meeting stressed the need for the UN team to restart operating the port and start inspecting commercial vessels, thus replacing the arbitrary and complicated procedures that were until now often carried out in the East African country of Djibouti.

Following the meeting, the UN team conducted a field tour to ascertain and verify the implementation of the first phase of the Sweden agreement by the National Salvation Government.

Following this, the UN team expressed its thanks for the Yemeni commitment to the Stockholm agreement.

The peace and redeployment agreement signed in the Swedish capital has so far only been carried out by the Yemeni National Salvation Government.

The Saudi-led invaders and the Riyadh-based puppet government of Hadi have failed to implement any of the stipulations of the treaty, despite having signed it.