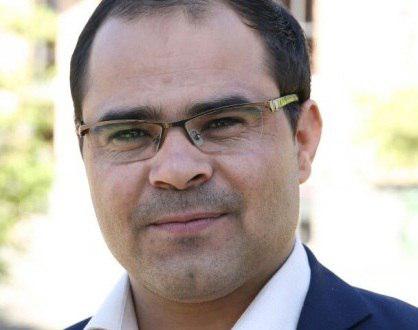 When the missile force of the Yemen army on Thursday carried out a military strike on a Saudi military target in Dammam, which coincided with offensive operation on a military parade for UAE-backed militias in al-Jala camp , the spokesman of the armed forces on Friday unveiled the third generation of the Burkan long-range ballistic missile system , which exceeded 1000 kilometers above Saudi airspace, bypassing the missile defense systems Thad3 that protect the Gulf military bases, including where the US forces are present.

The advanced Burkan-3 missile that hit Dammam carried more than one message to more than one party and in different directions, in the distance it traveled exceeding 1,200 km over Saudi airspace to reach the most distant Saudi point after Qatar, Bahrain and Abu Dhabi.

It was a message sent by the military spokesman Brigadier Yahya Sare’e to companies and investors in the countries of aggression: to stay away from military targets in Saudi Arabia.

The missile landed in the capital of the Eastern region of Saudi Arabia, after pictures of the commander of the Central American mercenary forces were seen touring near it a few days ago in search of a way to protect Saudi Arabia from the barrage of missiles and Yemeni drone vehicles.

In deterrence, today’s military equation has been changed completely, and what was safe for the states of aggression has become a target. Military geography and war maps have expanded with the expansion of Yemeni missiles and drone vehicles, along with the change of positions, coalition of many countries, which reflected a deep crisis within the regime of aggression that launched the war in 2015.

Thursday’s missile operations carry three messages: The first message relates to the missile and air attack on the al-Jala camp. This message states that there is no survival possible for any invading armies that are present in the territory of the Republic of Yemen and they will be beaten at any moment.

The second message concerns the Burkan-3 missile strike on Dammam military target. This messaged confirms that all military camps deep inside Saudi Arabia are also targets for Yemeni strikes, and will be targeted as long as the aggression and siege continue and as long as the aggression continues to commit crimes. In one of the messages of these operations, the Yemeni response to the crimes of aggression will be open.

The targeting point is very important: the missile landed at distances far beyond Abu Dhabi, Bahrain, Qatar and Riyadh, which reflects the advanced missile capability of the Republic of Yemen. The countries of aggression will no longer be safe at any point or distance of up to 1,600 km. In other words:, “we are able to hit you at every point, and at any distance we will reach you.”

The operation came one day after the crime of al-Thabet market, and here the Saudi regime must understand that the armed forces will deal directly, strongly and deterrently with any crime, as pointed out by the spokesman of the armed forces. From this point of view, Operation Dammam carried different messages to the parties that are still bombing Yemen and committing crimes. The blood of Yemenis is not wasted and any attack on the lives of citizens will cost the invaders a lot.

Yemen is winning in various political and military fields as it continues to strengthen its defensive and offensive capabilities, while the aggression alliance and its local tools are sinking into the quagmire of defeats and conflicts. The prolonging of the war and the failure it produced will accelerate the end for the leaders of aggression who tried to present themselves to the world by launching the aggression against Yemen.

In conclusion: the missile operations and the follow-up of Yemeni done strikes on airports and military bases in southern Saudi Arabia reveal the growing military capabilities of our country and its possession of qualitative weapons through which it can reach every military target and deal with it in accordance with appropriate rules of engagement.