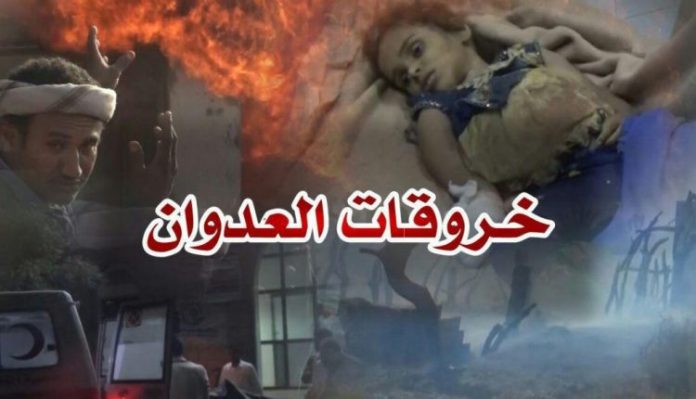 The liaison and coordination officers Operations Room to monitor violations of aggression in Hodeidah province recorded 92 violations in the past 24 hours.

The violations included two raids of a fighter spy plane in Ad Durayhimi district and the flight of two warplanes in the airspace of Hays district and four spy planes in At Tuhayta district and Hays, a source in the operations room told Saba on Friday.

The source indicated that among the recorded violations, 32 were rocket and artillery violations of 172 rockets and 52 violations of various bullets.