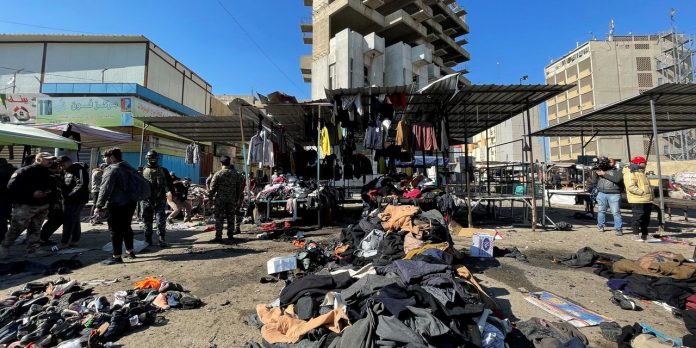 According to the Iraqi Interior Ministry’s statement, the Monday blast was the result of a terror attack using a locally-made IED (improvised explosive device) in Woheilat Market in Sadr City, in east Baghdad.

The blast, which according to later reports was caused by a suicide bomber in the densely-populated suburb, came as shoppers crowded the market buying food ahead of the Islamic festival of Eid al-Adha.

According to police and hospital sources, scores of people have been also injured in the attack.

Reuters quoted Iraqi sources as saying that women and children were among the dead and some shops had burnt down as a result of the explosion.

Baghdad Operations Command, a joint military and interior ministry security body, said it had launched an investigation into Monday’s attack.

Iraqi President Barham Salih posted a tweet following the attack, saying, “With an awful crime they target civilians in Sadr city on the eve of Eid … We will not rest before terrorism is cut off by its roots.”

This is not the first time that the Sadr City of Baghdad has been hit by bomb attacks.

In June 2018, at least 18 people were killed and over 90 more injured in an ammunitions depot blast in the same neighborhood of the Iraqi capital.

An Iraqi Interior Ministry spokesman described the blast as “a terrorist aggression on civilians.”

On May 16 the same year, at least eight people lost their lives and dozens more sustained injuries when a powerful bomb blast ripped through a funeral near the Iraqi capital city of Baghdad.