Home Local News Central Bank Governor: the enemy is escalating its economic war; we have... 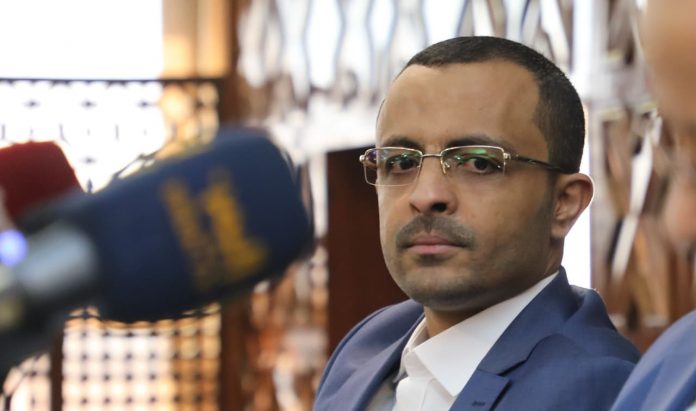 The Governor of the Central Bank of Yemen in Sana’a, “Acting Chairman of the Supreme Economic Committee,” Hashem Ismail confirmed that the aggressors are escalating economically, stressing that there are many deterrent options in hand that will surprise them.

He noted that the revenues that were blatantly looted by the aggressive forces exceed 14 billion dollars.

“The strategy of the US enemy in its war on peoples focuses on the economic aspect as a tool of war, noting that the fake Yemeni currency was previously pumped, and the US Treasury included a list of entities and individuals within its sanctions, in addition to classifying Ansarullah as a terrorist group,” the Governor of the Central Bank of Yemen said in an interview with Al-Thawra newspaper, published on Saturday.

He stressed that the economic war is waged by the Saudi-led aggressive coalition, and headed by the United States, pointing out that the transfer of central bank operations was the first American step in the economic war aimed at bringing complete economic paralysis.

The governor of the Central Bank indicated that the control of “Swift” was carried out through a Norwegian company that is directly linked to America, which controls the global banking sector through it.

The Governor of the Central Bank indicated that among the new economic war was directing the local mercenaries of the Saudi regime to vastly print fake currency.

He noted that the goal of printing fake currency in big amounts is to cause a comprehensive economic collapse, but they failed to do so. The governor noted that a dollar in the occupied areas has exceeded 1,000 riyals.

The governor pointed out that the enemy was planning to launch a new note worth 5,000 riyals in 2020, but was surprised by a resolution that banned its exchange within Sana’a.

Regarding the occupied south Yemeni province, the governor indicated that the result of deterioration of the exchange value and the high prices are a result of the sterile policies of the Bank of Aden (a bank under the mercenaries’ control).