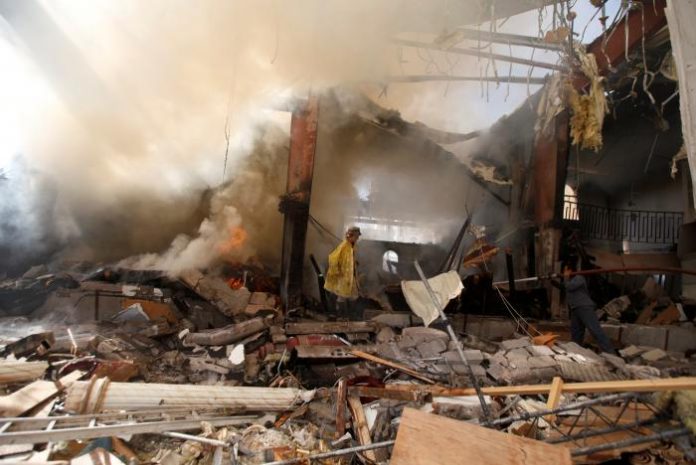 The U.N. monitors said there were two air strikes in quick succession on the Oct. 8 funeral, which was attended by many top political and security figures from Houthis and forces loyal to former President Ali Abdullah Saleh.

In an Oct. 17 report, seen by Reuters, the monitors said they found “in respect of the second air strike, that the Saudi Arabia-led coalition violated its obligations in respect of hors de combat and the wounded in this ‘double tap’ attack.”

Under international humanitarian law, attacks are prohibited against hors de combat – fighters incapable of defending themselves – the wounded, and medical personnel and units.

The Saudi Arabia mission to the United Nations was not immediately available to comment on the U.N. report. An investigative body set up by the coalition said on Saturday that the attack was based incorrect information.

The U.N. has said some 140 people were killed in the attack on the funeral and several hundred more were injured.

“The second air strike, which occurred three to eight minutes after the first air strike, almost certainly resulted in more casualties to the already wounded and the first responders,” the U.N. monitors said.

The U.N. monitors found that the Saudi-led coalition “did not take effective precautionary measures to minimize harm to civilians, including first responders, in the second strike.”