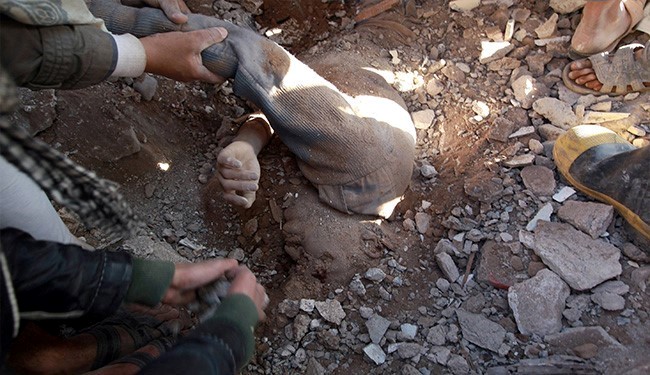 Today, a citizen was killed and another wounded by the Saudi aggression raids on al-Sailah Bridge in old Sana’a.

A local source said that the bridge that link between old Sana’a and Shaoob Directorate locates in the center of the capital and densely populated, “the Saudi’s raids caused extensive damage in the houses and shops”.

The source strongly condemned the continued bombing of the Saudi Aggression that targets residential areas that densely populated over full year, in addition to the unjust blockade, which caused the lack of all necessary needs of food, medicine and oil derivatives