Home Reports U.N. Security Council Meeting Could Put The Coalition Back On The... 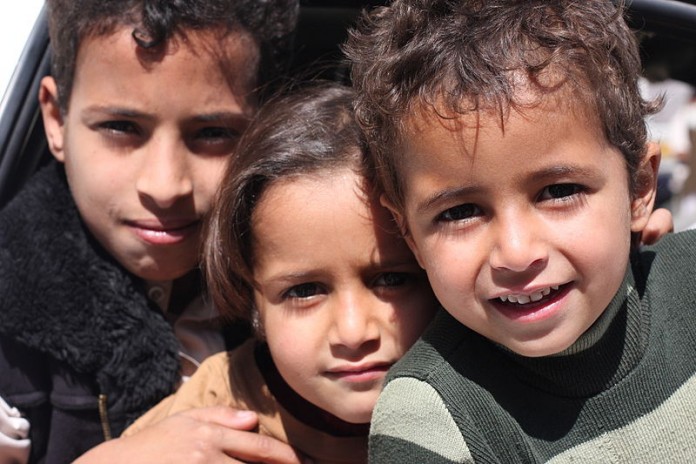 August 2nd , Humanosphere website that cover health and poverty reported that Saudis should be held responsible for killing children in Yemen. The meeting of the U.N. Security Council to debate the report could put the coalition back on the blacklist.

Tom Murphy, a hampshire-based reporter at Humanosphere ( human sphere), said ” nearly 2,000 children were killed or hurt last year in a Saudi-led coalition bombing campaign in Yemen, and a group of six aid groups charge that no one is holding the coalition responsible.”

According to Murphy,  as the U.N. Security Council meeting yesterday to discuss children and armed conflict, the groups – Action Contre La Faim, CARE, Intersos, Norwegian Refugee Council, Oxfam and Save the Children – insist that Yemen’s children should be included.

Concerns that the Saudi-led coalition might be let off the hook stems from changes that removed the coalition from the U.N. Secretary-General’s recent report on Children and Armed Conflict. The original report said that the coalition was responsible for 60 percent of child deaths and injuries in Yemen. It also carried out nearly half of all attacks on schools and hospitals in the country.

After Saudi leaders protested, the U.N. removed the coalition from the list of groups that violate children’s rights in conflict to review the current findings. The Saudi envoy to the U.N. declared victory saying that it was completely off the blacklist.

Murphy pointed out that the annual Children and Armed Conflict report, which started in 2002, is important because it names groups responsible for attacks on children. It gives credibility to governments, advocates and the international community in efforts to put pressure on these groups, such as Boko Haram and the Islamic State.

“I call upon Member States to investigate and prosecute perpetrators of grave violations against children,” U.N. Secretary-General Ban Ki-moon recommended in the report. “I encourage the donor community to support national justice systems in conflict and post-conflict situations, including by providing resources and technical capacity.”

Yemen has been beset by conflict since the start of 2015. The coalition, made up of Saudi Arabia and nine other Arab and Muslim countries, began supporting the Yemeni exiled government in March 2015 with the backing of the U.S., and U.K. international rights groups and local organizations immediately called attention to the seemingly indiscriminate coalition attacks. Roughly half of the more than 6,000 people who have died during the conflict are civilians.

“Yemen’s children have faced unimaginable horrors in the past 15 months. All parties to the conflict in Yemen are responsible for committing grave violations against children, but by the U.N.’s own evidence, the coalition’s military operations are responsible for a significant amount of this suffering,” Edward Santiago, Save the Children’s country director in Yemen, said in a statement.

According to the report, today’s meeting of the U.N. Security Council to debate the report could put the coalition back on the blacklist, reversing what CARE International‘s Country Director in Yemen Wael Ibrahim described as a “dangerous precedent.” Given that 20 governments and armed groups signed onto action plans to take steps to not appear on the list, the inclusion of the coalition may be the tipping point to end attacks on children in Yemen.

“The U.N. has verified and documented civilian casualties caused by coalition strikes. An independent inquiry led by the U.N. High Commissioner for Human Rights into the alleged violations would be a good step toward setting the facts straight and eliciting recommendations that can stop the killings, the aid groups said. The secretary-general seems to agrees.” Murphy reported.

Murphy concluded the report “All parties to conflict identified in the present report should work with my special representative to protect children caught up in conflict,” the U.N. Security Council said in the original report that listed the Saudi-led coalition.