Home Articles What’s Really Happening In The Poorest Country In The Middle East? 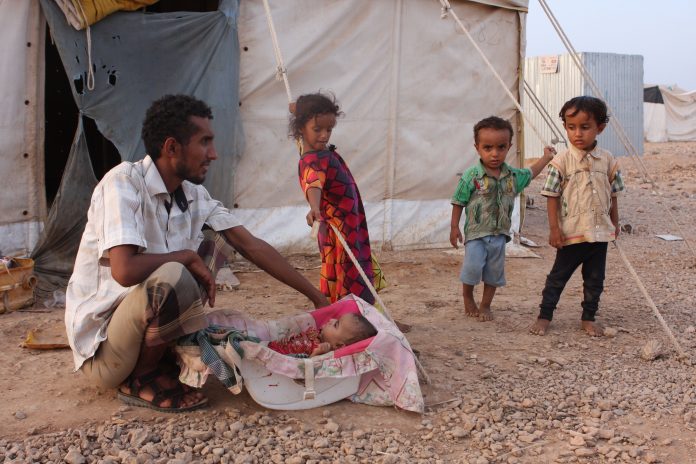 What’s really happening in the poorest country in the Middle East is a test of our humanity — a catastrophic, perfect storm of suffering and death, and the most horrific genocide you’ve likely never heard of.

As the U.S.-Saudi-led war against Yemen enters its fourth year, the people of this coffin-shaped nation on the Arabian peninsula find themselves struggling not only to survive but to be seen and heard by a mainstream media that is preoccupied with war in neighboring Syria, the resumption of Cold War-like tensions with Russia, and President Trump’s Twitter account and sex life.

When the international press corps does shine a light on the conflict in Yemen, it is described as a sectarian affair, a bloodless, “video-game” battle fought by nameless Iranian proxies against Saudi Arabia. But what’s really happening in the poorest country in the Middle East is a test of our humanity — a catastrophic, perfect storm of suffering and death, and the most horrific genocide you’ve likely never heard of.

The people of Yemen are without food, water, medicine, and fuel. According to the United Nations, more than half of Yemen’s 28 million people are facing food shortages, and international relief workers estimate that a staggering 150,000 Yemenis died from starvation last year alone. The nongovernmental organization, Save the Children, puts the number of children currently dying of starvation at 130 per day, owing largely to the Saudi blockade of Yemen’s ports.

In addition, half of the country’s health care infrastructure has been destroyed. Saudi Arabia is striking Yemen’s hospitals, which are running out of medicine and supplies to treat the wounded. All the while, these attacks have continued to receive backing from the United States and the United Kingdom since their onset on March 26, 2015.

The death toll in Yemen is so high that the Red Cross is even donating morgues to hospitals. And if that weren’t enough, the military campaign has not only empowered al-Qaida to step into a vulnerable situation, it’s actually made the group richer, according to Reuters.

Still, the Saudi government continues to block any diplomatic resolution in Yemen. Riyadh even threatened to cut funding to the UN over its inclusion on a list of children’s rights offenders, effectively weaponizing humanitarian aid.

Unimaginably, the situation could get much worse: in his administration’s final days, President Barack Obama sold the unscrupulous Saudis skin-melting white phosphorous.