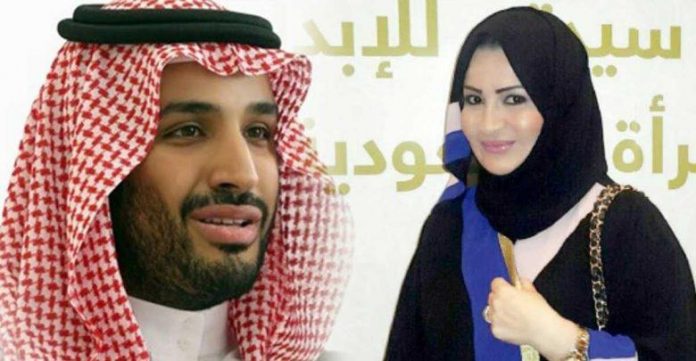 A French court found the only daughter of Saudi Arabia’s King Salman guilty of complicity in violence Thursday for ordering her bodyguard to detain and strike a plumber for taking photos at the Saudi royal family’s apartment in Paris.

Princess Hessa bint Salman wasn’t present for the Paris court’s verdict and sentencing on multiple charges. The court gave her a 10-month suspended prison sentence and a 10,000-euro ($10,970) fine, tougher than the penalties prosecutors sought.

The prosecution asked for a six-month suspended prison sentence and 5,000-euro fine.

The prosecution alleged the princess became enraged when she saw the plumber capturing her image at the royal residence near the Champs-Elysees, fearing the pictures could be used to harm her as the Saudi monarch’s daughter and the older half-sister of Crown Prince Mohammed bin Salman.

She left France shortly after the September 2016 incident, and was tried in absentia.

The court found her guilty of sequestration and theft of the plumber’s telephone, as well as complicity in violence.

Her lawyer, Emmanuel Moyne, called the verdict “inexplicable” and said he would appeal.

The court also found the bodyguard, Rani Saida, guilty on charges of violence, sequestration and theft. He was in court for the verdict.

His sentence matched what the prosecution requested: an 8-month suspended jail term and a 5,000-euro fine. Saida’s lawyer, Yassine Bouzrou, said “there is no logic in the punishments” and he would decide on an appeal in coming days.

The French-Egyptian plumber’s lawyer, Georges Karouni, saluted client Ashraf Eid’s “courage” in bringing the case and said the verdict was proof of “everyone equal before the law.”

Eid told Paris police the bodyguard tied him up at the princess’ bidding after he photographed a room so he could return furniture to its original layout once he finished his work.

“The princess noticed that her face was reflected in the bathroom and that she had been filmed. She called me a dog and called her bodyguard saying in Arabic, ‘This one, take his phone. He filmed me,'” Eid reported to police investigators.

Eid said the bodyguard broke his phone and made him kiss the Saudi princess’ feet while his hands were bound behind his back during the three-hour ordeal.

The presiding judge, quoting from prosecution evidence, said at the one-day trial in July that the princess told her bodyguard to disparage the workman, calling him a “dog who doesn’t deserve to live.