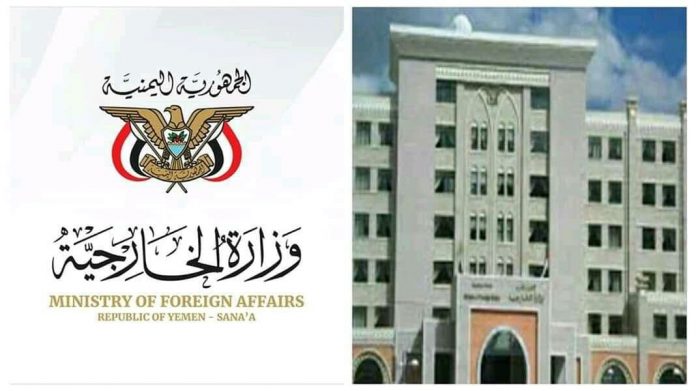 Yemen condemned on Saturday in the strongest terms the Israeli occupation forces’ storming of Al-Aqsa Mosque, the attack on worshipers, and the forced displacement of Palestinians.

In a statement, received by the Yemeni News Agency (Saba), the Foreign Ministry affirmed that these attacks are a blatant provocation to the feelings of Muslims and a flagrant violation of international law.

The statement called on the international community, in the foreground is the Security Council, to assume its responsibilities in protecting the Palestinian people and restoring their usurped rights.

It indicated that some Arab countries scrambling for normalization contributed to encouraging the Zionist entity to continue violations at this level of arrogance.

The Foreign Ministry urged the Palestinian factions to abandon differences, achieve reconciliation, and unify efforts to confront the usurping enemy.

The statement reaffirmed the Republic of Yemen’s firm and principled position regarding the grievance of the brotherly Palestinian people, including the absolute rejection of all forms of normalization with the Zionist entity and standing by the Palestinians completely in their legitimate struggles until the end of the Israeli occupation and the establishment of an independent Palestinian state with Al-Quds Al-Sharif as its capital.