Home Local News Defence Minister: liberation of the districts of al-Sawma’ah and Maswarah from... 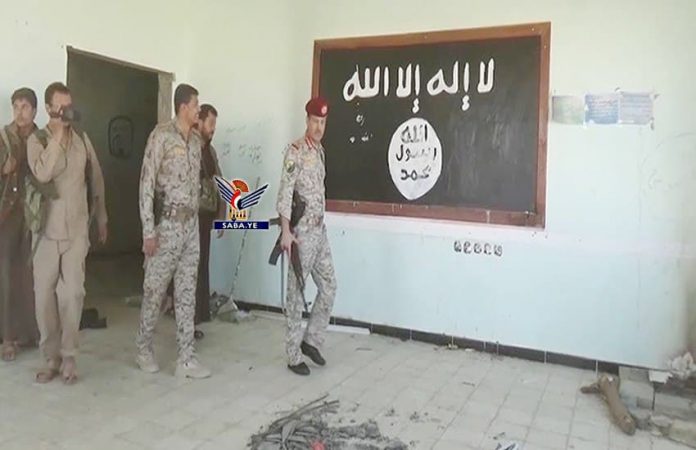 Minister of Defence of Yemen, Major General Mohammed Nasser al-Atifi, has affirmed on Friday that the liberation of the districts of al-Sawma’ah and Maswarah in Bayda province from Al-Qaeda and ISIS terrorist elements, is “a strategic victory for Yemen.”

During his visit to inspect the sites of the Yemeni army in the province, the minister indicated that “the aggression wanted to make those terrorist elements that it planted in the province of Bayda a poisoned dagger targeting the Yemeni people, but the heroes of the armed forces and Popular Committees thwarted these plots.”

“After the recent liberation of the two districts from ISIS and Al-Qaeda elements, Bayda province has become completely liberated from terrorism and from the mercenaries of aggression,” he said.

Minister Al-Atifi conveyed the greetings and congratulations of the Leader of the Revolution, Sayyid Abdul-Malik Al-Houthi, and President of Yemen, Mahdi Al-Mashat, to the army and Popular Committees, on “the great triumphs achieved against the US-Saudi-British-Emirati aggression on various fronts of confrontation.”

The minister issued a statement to reassure the sons of the occupied southern provinces that “the Yemeni army and Popular Committees are brothers to them, feel their suffering and will work to carry out their national and humanitarian duty to help them in defeating the occupiers and to achieve freedom, sovereignty and comprehensive independence for Yemen.”

In his speech to the fighters of the army, he added, “We wanted the occupying invaders to leave Yemen with dignity, but the invaders, with their arrogance and coercion, seem to prefer going out expelled, humiliated, and defeated.”

Minister al-Atifi praised “the honourable national stances of the Bayda tribes in support of the heroes of the army and Popular Committees to purify their province from the elements of ISIS and Al-Qaeda, who were brought by the aggression from many parts of the world to shed the blood of Yemenis who reject US-Saudi guardianship and hegemony.”

During his visit, the Minister was closely briefed on the tunnels, trenches, military barracks, IED laboratories, and torture sites that were used by ISIS to torture prisoners and abducted citizens in the province.