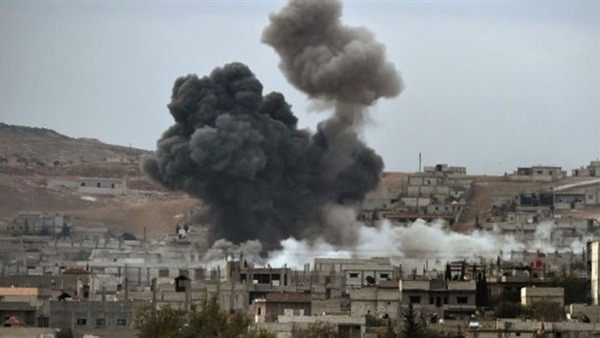 The forces of the US-Saudi aggression had committed 5,365 violations of the humanitarian and military armistice agreement within a month of its entry into force, a military official said.

He pointed out that the aggression coalition continued piracy and siege by detaining and delaying the arrival of oil derivatives ships, and preventing flights to and from Sana’a International Airport.

The official stressed that these violations led to the death and injury of a number of citizens and damage to their properties and farms.

He stated that the aggression’s combat spy planes carried out more than 1,748 flights in the airspace of Hodeidah, Marib, Jawf, Taiz, Hajjah, Saada, Amran, Sana’a, Bayda, Dhalea and Lahj provinces and the fronts across the border.

Meanwhile, the warplanes of aggression carried out 22 flights in the airspace of Marib, Jawf, Hajjah, Amran, Dhalea provinces and the fronts beyond the border.

He stated that the warplanes of the combatant and armed espionage of the aggression launched more than 80 air raids, targeting the homes of citizens and the sites of the army and the popular committees on the fronts of Hodeidah, Marib, Hajjah, Taiz, Bayda, Dhalea and Lahj provinces and the fronts beyond the border.

The official pointed out that the Apache aggression warplanes carried out nine sorties, launched raids and spy raids on the sites of the army and committees on Marib fronts and beyond the borders.

He said the forces of aggression carried out 78 operations in creating new fortifications and roads on the fronts of Hodeidah, Marib, Hajjah, Taiz, Dhalea provinces and beyond the borders.

He indicated that the forces of aggression launched eight offensive operations on the sites of the army and the popular committees on the fronts of Raghwan, al-Akd, al-Balaq, al-Lajma, al-Faliha, Mahzam Mas and Haradah areas in Marib province

He said the forces of aggression also carried out seven infiltration attempts on the sites of the army and the popular committees on al-Selw and Maqbna fronts in Taiz province, al-Hidd area in Lahj province, and Qataba district in Dhalea province.

He noted that the forces of aggression carried out 1,163 violations with Katyusha rockets, guided missiles, artillery shells from tanks and cannons, with dozens of shells, on citizens’ homes and on the army and committee sites on a number of fronts.

The official said the artillery of the Saudi army launched attacks on farms and property of citizens in Al-Dhaher and Sheda border districts in Saada province.

He added that the forces of aggression carried out more than 2,742 breaches with heavy, medium and light bullets, targeting the homes of citizens and the sites of the army and the popular committees on a number of fronts.