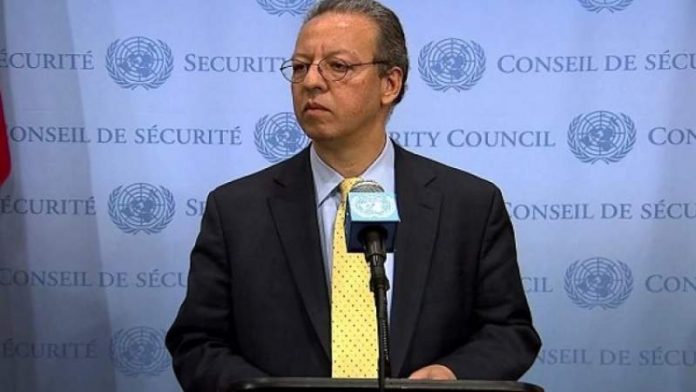 Former Under-Secretary-General of the United Nations and former UN envoy to Yemen, Jamal Benomar, criticized the US administration’s justifications for thwarting the efforts of the US Congress to vote on the War Powers Resolution on Yemen, which Congress was supposed to vote on Wednesday to end the US intervention in the war on Yemen.

“The White House’s claim that putting the resolution to a vote in Congress would endanger diplomacy is just unrealistic,” Benomar said in statements to the American website The Interest.

Benomar explained that “there was no diplomatic progress whatsoever towards ending the war, and there was no political process, negotiations, or even the possibility of it, so an all-out war could resume at any time.”

The US Congressman, Bernie Sanders, had drawn up a draft resolution that had the support of a large number of US Congress members on ending US participation in the war on Yemen. However, Sanders announced on Tuesday that he had withdrawn the draft resolution, hoping to reach a compromise with President Biden’s administration, which is strongly opposed to the resolution.

The American support provided to Saudi Arabia and the UAE, from the point of view of human rights activists, is a reason for the continuation of the war to which the people of Yemen are subjected. Washington provides the weapons used in the bombing of Yemen, and provides the coalition aircraft with fuel in the air, and supplies Riyadh and Abu Dhabi with intelligence information, in addition to the political cover that the US provides for the continuation of the war on Yemen. This made the US an official sponsor of the crimes that the people of Yemen were subjected to at the hands of the coalition.