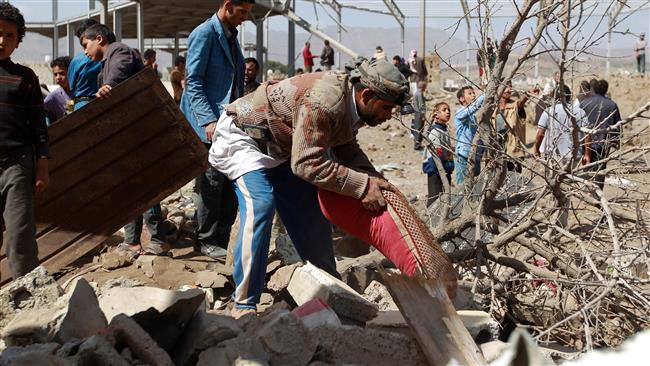 March 16th, Modaher al-Abbasi, Deputy minister of planning and international cooperation, and the Jamie McGoldrick, U.N. Humanitarian Coordinator for Yemen, held a meeting to launch the humanitarian response plan for 2016.

McGoldrick said that the one year of war left 2,7 million displaced, 2,4 million living in conflicts areas, 14 million suffering from food insecurity, 19 million suffer the lack of the health care, and 9,8 million cannot have enough clean water.

“Ten months after the conflict escalated, violence has taken a dreadful toll among civilians and exhausted the population,” said Mr. McGoldrick. “Many Yemenis continue to face threats to their life and dignity. The warring parties need to live up to their responsibilities under international humanitarian law. Even war has limits.”

McGoldrick  called all parts to respect the terms and principles of international humanitarian law and facilitate humanitarian access.

He also confirmed that there is no military solution in Yemen and all Yemenis should reach a political solution to end this war, “the current conflict turn Yemen down when Yemen is one of the poorest country in the region”.

In his part, Modaher al-Abbasi said that the manufacturing industries and Yemeni banking  sectors have stopped as a result of the blockade on Yemen, “that effect the Yemeni people badly because 95% of Yemenis depend on the imports from abroad.”

In 2015, donors provided US$892 million (56 per cent) out of US$1.6 billion that humanitarian partners in Yemen requested. “I am grateful for the generous donor support we received in 2015,” said the Humanitarian Coordinator. “I urge donors to continue supporting the Yemeni people, and once again, rapidly provide the necessary funds so we can implement essential activities to save lives and protect civilians in Yemen.”