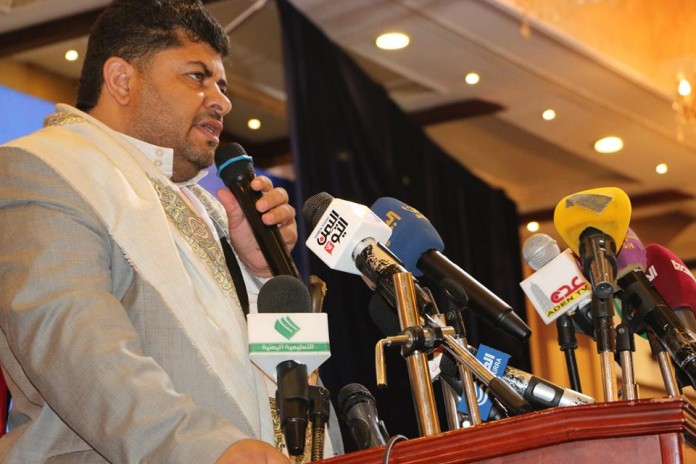 April 18th , Mohammed Ali al-Houthi , head of the Supreme Revolutionary Committee, said that they are trying to do everything possible to stop the killing machine and destruction. He added that maintaining peace talks is a fundamental principle.

“We are looking for a permanent stop of the Saudi aggression in Yemen from Kuwait talks” al-Houthi said, “ we had given some peace initiative from our side and we had gone to Geneva talks and then in Basel, Switzerland with no positive actions to stop the war in return.”

He continued “ the recent agreements on border to swap prisoner and hand corpses came as a step to stop the war while the bombardment breaches continued.”

Al-Houthi confirmed that “our participation and attendance are according to the permanent cessation of war and the guarantees that air forces will not violate the sovereignty of Yemen,”