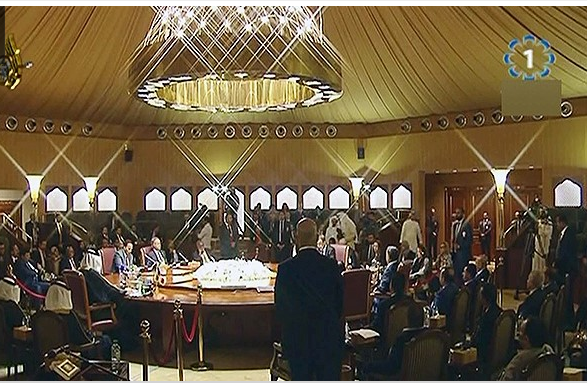 China ,Britain and Washington welcomed Yemeni  peace talks in Kuwait and urge the talks parties to have a quick and fire solution to end the conflict in Yemen

John Kirby, a spokesman for the US department  of the state, said ”these talks has a vital importance,” He urged that all parties should participate with a good faith to end the military operations and begin a peaceful political process.

“The American attitudes changed because of Saudi-led collation’s failure in  the military operations for long-year,” Kirby pointed out. He  also expressed his country’s desire  to build on the steps that had been reached in the first talks which was held in December in Geneva.

In her part, Hua Chunying, A spokeswoman of China Foreign Affairs Ministry , stated in a conference “China welcomed the Yemeni talks in Kuwait,” She added “ we expected all conflict parties to find solutions to end this conflict through the peace talks to restore  the security and stability in  the country.”

Britain also welcomed on Friday the start of Yemeni talks that sponsored by UN in Kuwait.  Philip Hammond, British foreign secretary, said ” the consultations which began in Kuwait is an important step toward a final agreement.”

Hammond expressed his hope that the consultations be a real opportunity toward the restoration of the security and the stability of Yemen .  He also called all the parties to cooperate to end the conflict and address the consequences of the humanitarian crisis in Yemen .