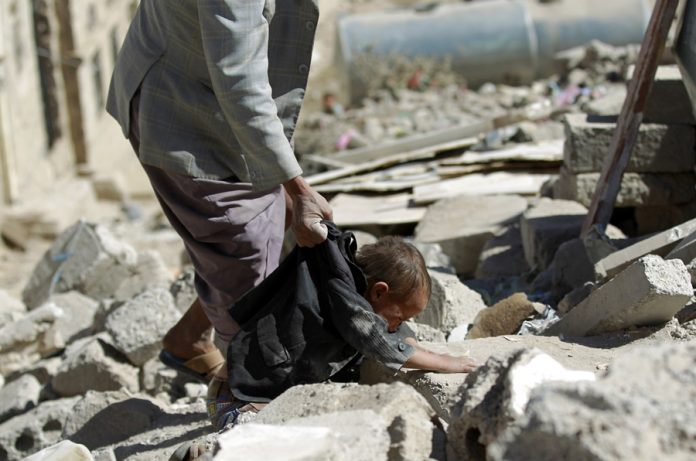 Human Rights Watch (HRW) urged on Australia to immediately end military sales to Saudi Arabia as the time of aggression on neighboring Yemen has killed thousands of civilians.

The rights group in a letter to Prime Minister Malcolm Turnbull said Australian government should also release details about military weapons and material it has sold to other members of the Saudi-led coalition involved in the over two-year brutal aggression and if any Australian-made Arms have been used in unlawful coal attacks, Al Waght reported.

HRW says the “Australian Defense Department has approved four military export licenses to Saudi Arabia, but it has not released information on the types or quantities of arms and equipment sold.”

The United Nations and non-governmental organizations, including Human Rights Watch, have documented numerous unlawful lawsuit airstrikes on homes, markets, schools, and hospitals that some of the have been “apparent war crimes”, HRW said on Tuesday.

“Prime Minister Turnbull has approved military sales to Saudi Arabia when he should be using Australia’s leverage to press Riyadh to end unlawful airstrikes in Yemen,” said Elaine Pearson, Australia director at Human Rights Watch. “Until the Saudi-led coalition credibly investigates and curtails its unlawful attacks, Australia should stop selling them arms and equipment.”

Saudi Arabia launched brutal aggression against its southern neighbor on 27 March 2015, which in a bid to restore power to Yemen’s resigned president who fled to Riyadh after Yemeni people’s uprising in 2015.

However the Saudi-led coalition “has not seriously investigated alleged laws of war violations, and has provided almost no information on which country’s forces involved in such attacks,” HRW says.

Saudi Regime has also imposed a naval blockade on Yemen that has exacerbated the country’s grave humanitarian crisis, which the UN recently declared one of the world’s worst. The blockade has diverted ships carrying life-saving medical supplies and delayed shipments of civil goods for up to three months. Nearly 19 million Yemenis, over two thirds of the population, need humanitarian assistance, and seven million are facing starvation.

Many Western countries, including the US and Britain, are among key states that supply Saudi Arabia with weapons