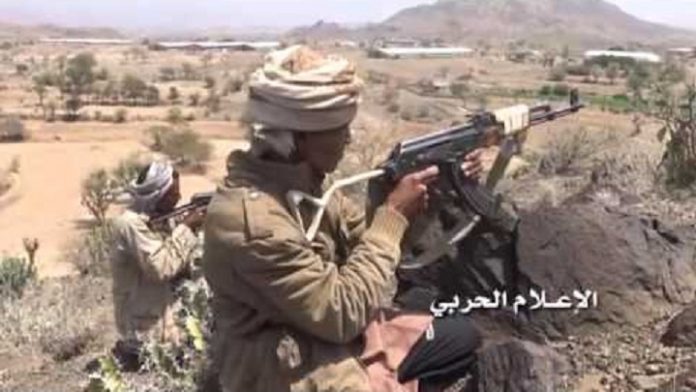 At least 14 of Saudi-American mercenaries were killed by the army and popular committees’ forces during their attempt to creep towards Khalid bin al-Waled camp in Taiz province.

A military source said to Saba News Agency  that aggression had acknowledged the death of 14 mercenaries  who were members of the battalion led by the mercenary commander Raed al-Yafie, were trying to advance towards  Tabat al-Santral  near the camp.

The same source indicated that the army and popular committees targeted and hit a military vehicle for the mercenary commander Hamid Shukri, killing and wounding three of his companions.