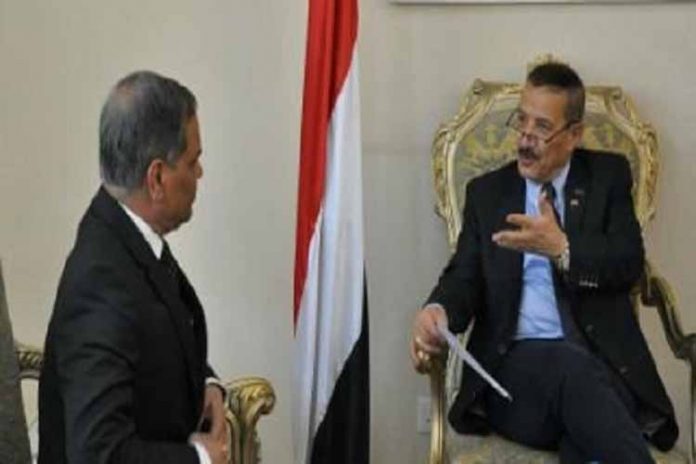 Foreign Minister Hisham Sharaf met on Sunday with Resident Representative of the International Organization for Migration (IOM) in Sanaa, Sarat Dash, who submitted his credentials on the occasion of assuming his new position.

During the meeting, Sharaf expressed his hope that the organization would pay greater attention to Yemeni expatriates’ file in Saudi Arabia, who are suffering arbitrary measures under the Saudi laws.

He appeared to the organization to provide assistance to displaced persons and expatriates transported from Saudi Arabia, in light of the continued aggression and unjust blockade