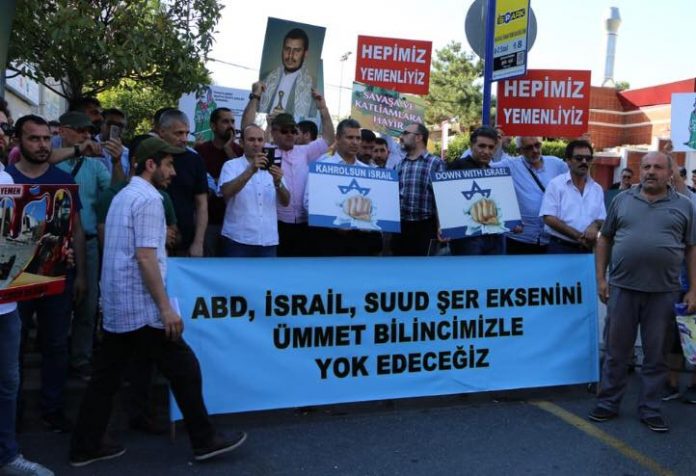 They marched to the Saudi consulate in Istanbul on Saturday in solidarity with the Yemeni people, who are being subjected to genocide by the Saudi-led coalition.

The Turkish demonstrators raised the Yemeni flag and photographed of Sayyed Abdulmalik al-Houthi, and chanted slogans denouncing the Saudi -led coalition war crimes and massacres against the Yemeni civilians.

They praised the movement of Ansar Allah saying that is a movement that resisted imperial hegemony and faced the Saudi regime.