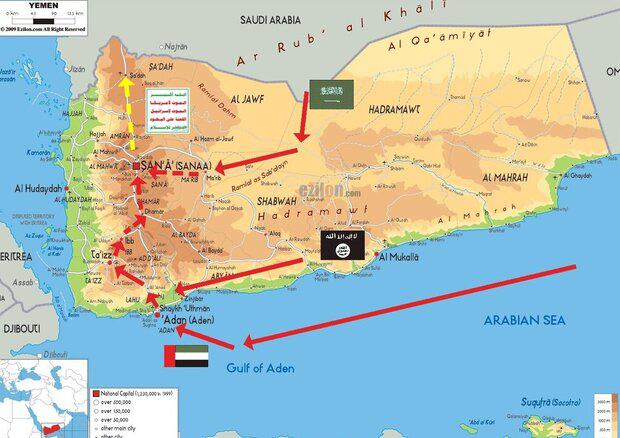 It has been four years since the Yemen war started, but the Saud Arabia, United Arab Emirates (UAE) and other invaders have not been able to succeed even in a small part of their plans in Yemen.

The bravery and resistance of Yemenis has now forced UAE to leave the battlefield, even though the country has been among the main invaders of Yemen for years.

After this, the fate of Saudi Arabia in Yemen war is completely clear. UAE’s withdrawal from the Yemen war was the worst news ever to Saudi Arabia and now Riyadh can only await a bitter failure.

Now, more than ever, Saudis are alone in Yemen. In this situation, Riyadh has no choice other than accepting the defeat.

According to a New York Times report, UAE has come to the conclusion that the Saudi-Emirati coalition has no chance of winning in Yemen, and has decided to leave the war-torn country, despite pressures from Saudi Arabia.

Many UAE officials have announced that the country is definitely leaving Yemen. An Emirati official, who did not want to reveal his name, has said that “Abu Dhabi aims to change its strategy in Yemen from war to peace,” therefore, UAE forces will soon leave Al Hadida port and other parts of Yemen.

According to a report by the New York Times, departure of UAE from Yemen will ruin most of Saudi Arabia’s efforts in Yemen, so it has left the Saudis with great frustration and disappointment. Obviously, in the near future, Saudis will become even more vulnerable in Yemen.

Over the last four years of war in Yemen, UAE has had a vital role and provided the lion share of financial and military support. Up to now, UAE has sent thousands of men to Yemen and has led many operations, but now the country has come to the conclusion that it is no longer able to stay in this war.

Now, Saudis have lost their main partner in the war. Soon, Mohammad Bin Salman, crown prince of Saudi Arabia will become the symbol of failure in Yemen and Saudis will accept their defeat.

The burden on Saudi Arabia is so heavy that they have practically begged the UAE to reduce their forces in Yemen instead of leaving the country altogether.

In recent weeks, Emiratis who once had more than five thousand forces in Yemen, said they want to evacuate their forces gradually and the retreat will be a step-by-step process, but some western and Arab diplomats have informed the New York Times that UAE has expedited the process and has already removed a large part of its forces from Yemen.

Anyway, it seems that the huge costs of war started putting a great burden on the UAE, and the country decided to leave the war, despite the anger of Saudi officials. In the near future, more news about the withdrawal of UAE forces from Yemen will come on the air and it will definitely come as a hard blow to the Saudis.