Home Reports Health ministry spokesman: More than 43 thousand patients died due to the... 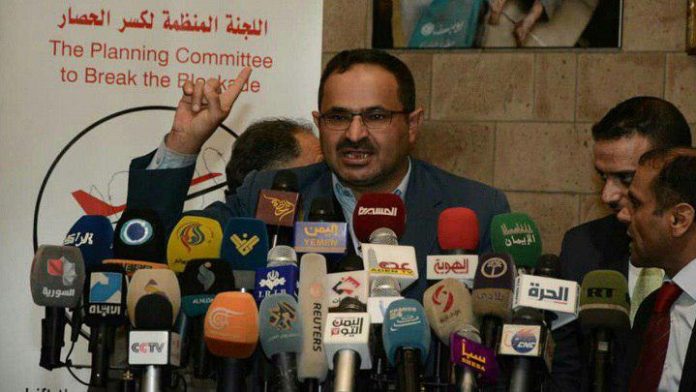 The Ministry of Public Health in Sana’a has revealed in figures the crimes of the Saudi-led coalition against Yemeni patients that caused the death of tens of thousands of them due to the imposed air embargo and the closure of Sana’a International Airport.

The spokesman of the Ministry of Health, Dr. Yousef Al-Hadhri, confirmed that more than 43 thousand patients died due to their inability to travel for treatment abroad.

The blockade imposed by the US-Saudi aggression forces and the closure of Sana’a International Airport since 2016 are responsible for these deaths, he added.

Al-Hadhiri said in a call to Al-Masirah  TV Channel that “more than 320,000 cases of patients were unable to travel for treatment due to the siege and the closure of Sana’a airport.”

He added that thousands of disabled people could have been treated if they had been able to travel outside Yemen for treatment.

The siege and the closure of Sana’a Airport caused the death of more than 28 thousand cancer patients due to lack of required medical supplies.