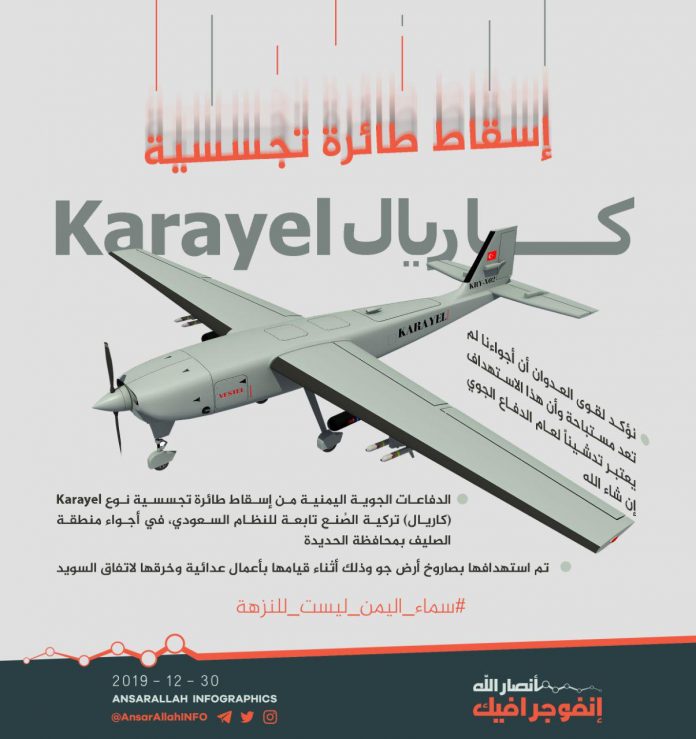 According to the military Spokesman, the air defences of the Yemeni army and Popular Committees were able to shoot down an unmanned aerial vehicle of the Karayel type in the area of Al-Salif in Hodeidah province.

“The drone was hit by a surface-to-air missile while engaging in hostilities and violating the Stockholm Agreement,” he said.

In a message he addressed to the coalition forces, Sare’e affirmed that this operation is considered “an inauguration of the air defence year,” in reference to the official declaration of the year 2020 as the “year of air defence systems”, during a press conference he held on Sunday.

“The violation of Yemeni airspace is not permissible,” Brigadier General Sare’e stressed.

The downing of the Karayel spy plane comes hours after the Yemeni air defences announced the shooting down of a spy plane of the coalition in the airspace of Razih district in Saada province, northern Yemen.