Home Reports Sayyid Hussein al-Houthi predicted back in 2003 that Saudi Arabia and US... 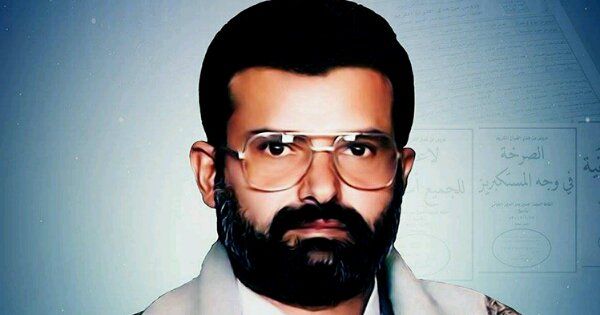 Activists have circulated texts from the lectures of the martyred revolutionary leader Sayyid Hussein Badreddin al-Houthi, brother of current Leader of the Revolution Sayyid Abdul-Malik al-Houthi, who warned 18 years ago of American plans to target the Hajj pilgrimage to Mecca, as well as Saudi plots to close down the Great Mosque of Mecca and the holy sites in Mecca and Medina.

Pictures and recordings circulating on social media show that the Sanctuary of Mecca is devoid of worshipers for what is probably the first time ever.

The holiest site of Islam, the Kaaba, can be seen int he pictures in the courtyard of the mosque on a single white floor surrounded by plastic barriers alongside a group of Saudi security personnel.

Activists on Facebook reported the statement of Sayyed Hussein al-Houthi in the eighth lesson of Ramadan lessons back in 2003, in which the Sayyid said that “Reducing the number of pilgrims (…) and then raising the costs of Hajj is an American plan,” emphasising that it is meant to tame people into accepting the reduction of the number of pilgrims from each country, thus increasing Saudi power over what is a religious obligation for all Muslims

“Every year they reduce more, every year they do something regarding the Kaaba. They say: There has been an epidemic of overcrowding, so reduce the number, reduce the number until the pilgrimage becomes an issue that is not the focus of attention of Muslims, and in the end they stop going,” Sayyid Hussein al-Houthi said.

Saudi Arabia has banned Umrah pilgrimages to the holy cities of Mecca and Medina for Saudi citizens and the kingdom’s residents, allegedly due to concerns over the corona virus.

“Based on the recommendations of the committee appointed to monitor corona virus, it has been decided to suspend Umrah for citizens and residents in the kingdom,” The state-run SPA news agency said, citing an official source in the Saudi interior ministry.

Umrah is a pilgrimage to Mecca that can be undertaken at any time of the year and is not considered compulsory, but the Saudi decision has raised fears that the obligatory Hajj pilgrimage will be targeted next.

The decision to restrict pilgrimages to Mecca and Medina come after Saudi Arabia suspended entry for foreigners intending to do Umrah and tourism from countries where the new strand of corona virus has spread.