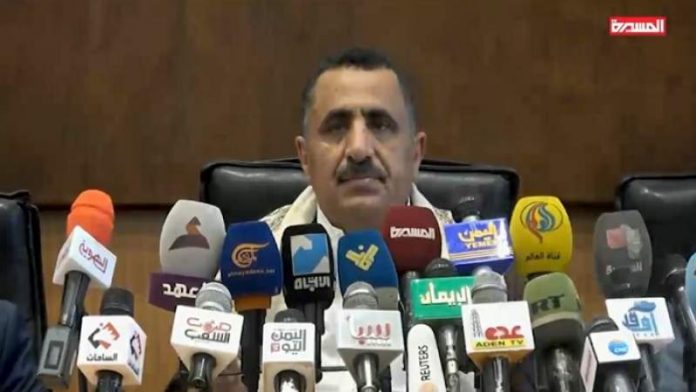 Minister of Oil and Minerals Ahmed Abdullah Dares has said that the losses of oil and minerals sector due to the aggression are very huge, estimated at billions of dollars, as a result of the suspension of many giant projects in this important economic sector.

Dares indicated that the acts of maritime piracy and the seizure of derivative ships grow out of large financial penalties that are borne by the Yemeni people, which are added to the prices of oil derivatives.

The Minister Dares, during his meeting on Saturday with a number of media outlets, pointed out that these “demurrage” fines prevented citizens from benefiting from the reductions of fuel prices that the world witnessed in light of the precautionary measures taken by the countries of the world to confront the Corona epidemic, indicating that the fines are due to the detention of oil ships and its delay exceeded 101 million dollars during the year 2019 and the last period of this year.

He pointed out that the ministry is currently completing its procedures to file lawsuits against the aggression coalition countries so as to obligate them to pay fines for delaying oil ships, especially since all of these ships have been obtained entry permits by the United Nations.

The Minister expressed regret at the complicity of the United Nations in relation to the arbitrary practices and maritime piracy of the Aggression coalition and its continued detention of oil vessels, which caused an imminent human disaster that befell the Yemeni people.

He stressed that most of the service sectors are currently threatened to stop at any moment due to the lack of sufficient quantities of petroleum materials and diesel to supply the needs of these sectors, pointing out that the tanks of the Yemeni Oil Company and its agents and the tanks of gas stations have become free of oil derivatives, and that the danger lies when the health sector is going to be stopped providing services to patients.

Dares indicated that more than a thousand newborns and preemies are threatened to have died in the first hours of stopping providing petroleum products to hospitals, as well as the lives of thousands of patients of kidney failure who depend on dialysis are in danger.

The Minister of Oil urged the various media outlets to play their role in conveying their message to the world and revealing the truth of the United Nations that claims humanity, and that it has become a cover for the aggression coalition in practicing its crimes against the Yemeni people.

He also reiterated holding the United Nations fully responsible for what will happen to the humanitarian situation in Yemen in the coming days and stopping the health, transportation, agriculture, electricity, water, communications, and other sectors.

The Minister of Oil and Minerals called on all the free people of the world to go out, organize protests, and vigils with the Yemeni people in the Republic of Yemen to prevent the continuation of piracy on oil ships.