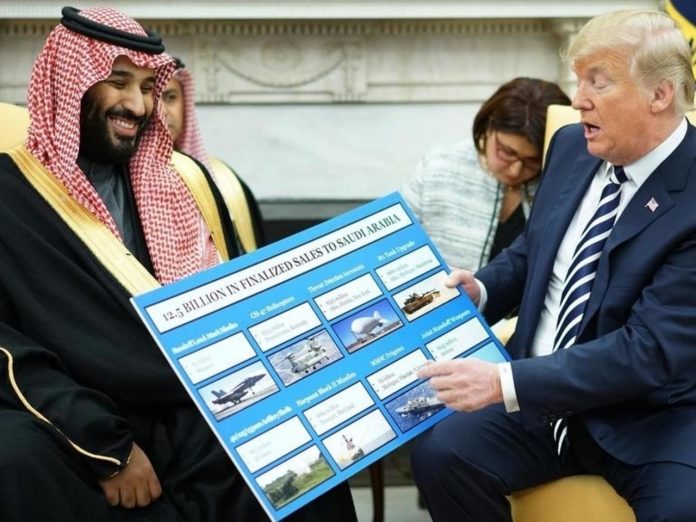 The Trump administration has formally notified Congress that it intends to sell nearly $500 million in precision bombs to Saudi Arabia, a transaction that is likely to fuel criticism from lawmakers who object to arming the Persian Gulf nation over its record of human rights abuses and stifling dissent and role in the war in Yemen.

An individual familiar with the sale, who spoke on the condition of anonymity because they were not authorized to comment to the news media, said the deal includes 7,500 “Paveway IV” precision-guided bombs, worth $478 million, which under the terms of the agreement would be produced in the kingdom.

The proposed transaction, which has been in the works since early last year, also includes an internal security communications systems worth $97 million. Bloomberg first reported that the State Department sent the notification on Tuesday.

William Hartung, director of the arms and security program at the Center for International Policy, said the sale should not go ahead.

“Saudi access to tens of thousands of precision-guided munitions thus far has not diminished the civilian toll in Yemen, so Pentagon claims that more accurate bombs will reduce civilian casualties don’t hold up to scrutiny,” he said in a statement.

The gulf monarchy, with which the Trump administration has forged close ties, has been the subject of bipartisan criticism over its war in neighboring Yemen, where Saudi jets, using U.S. precision munitions, have repeatedly bombed civilian targets.