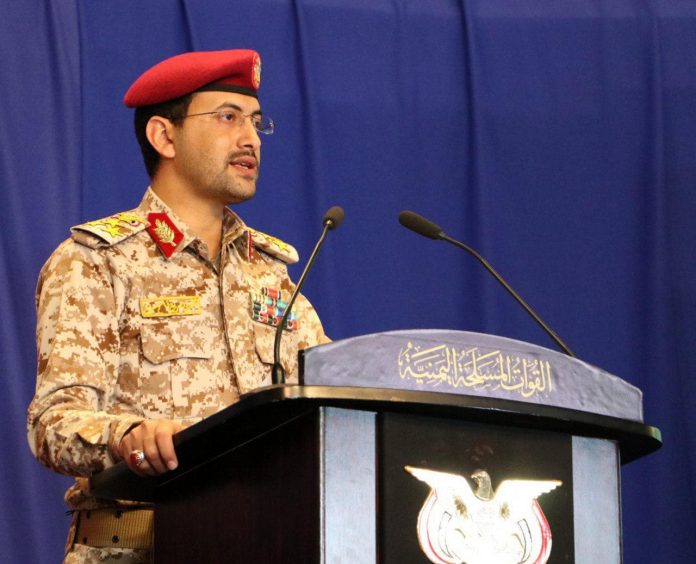 The attack operation was carried out by Qasef K2 type and the strike was accurate, said Brigadier General Yahya Sarie.

He Confirmed  that this targeting comes in response to the escalation of the coalition aggression and its comprehensive siege on the Yemeni people.