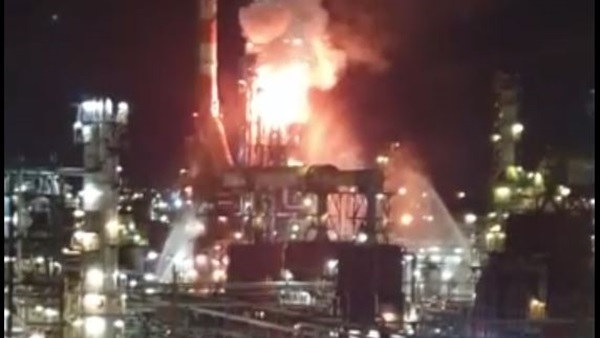 A large fire has broken out in one of the facilities at the Bazan oil refineries in the city of Haifa in Zionist-occupied Palestine on Friday night, according to local media.

Zionist entity media said that a “mysterious fire” broke out at the Bazan factory facility in Haifa Bay.

The Ministry of Environmental Protection said the accident was caused by a pipeline malfunction, noting that fuel supplies to the site had been suspended.

According to the ministry, the units of the factory were able to control the fire, but several teams of fire and emergency services deployed at the site in anticipation of a renewed spread of fire.