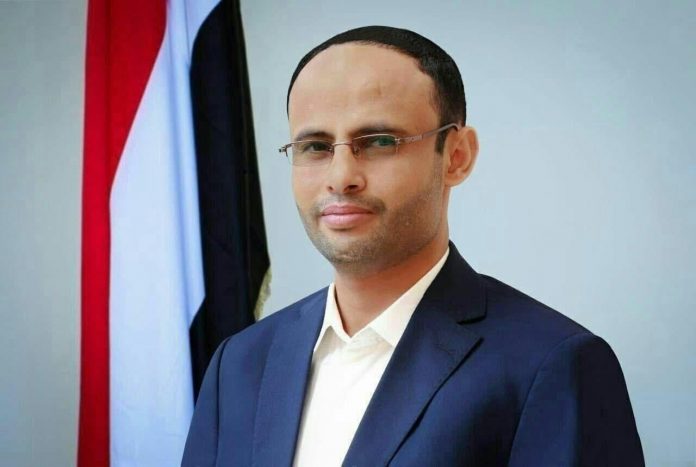 President of the Supreme Political Council, Mahdi Al-Mashat, on Saturday congratulated Yemeni workers on the occasion of International Labor Day.

President Al-Mashat said, in a cable of congratulations on this occasion, “The workers of Yemen have been at the forefront of the victims of the US-Saudi aggression and the unjust siege on Yemeni people through the systematic targeting of industrial and production facilities, and all state employees were deprived of their salaries in an attempt to subjugate the Yemeni people. ”

The steadfastness and patience of the workers of Yemen has greatly contributed to thwarting the plans and plots of the aggression, he added.

On this occasion, President Al-Mashat called on the government, the concerned authorities, the free owners of capital and all the Yemeni people to move towards production and self-sufficiency in various fields.

He referred that the experience of the sons of the armed forces during the years of aggression and siege was a living witness that determination, persistence and initiative can turn difficulties into opportunities.

President Al-Mashat urged the General Federation of Trade Unions and Workers of Yemen to intensify their activities by communicating with Arab and international trade unions to convey the grievances of Yemeni workers to the world.

He also called on the United Nations to assume its responsibility in putting pressure on the aggression countries and the mercenaries government to pay the salaries of all state employees since the unconstitutional transfer of central bank functions.

At the conclusion of the cable, the President directed the Supreme Judicial Council to establish a special court for workers to guarantee their rights.