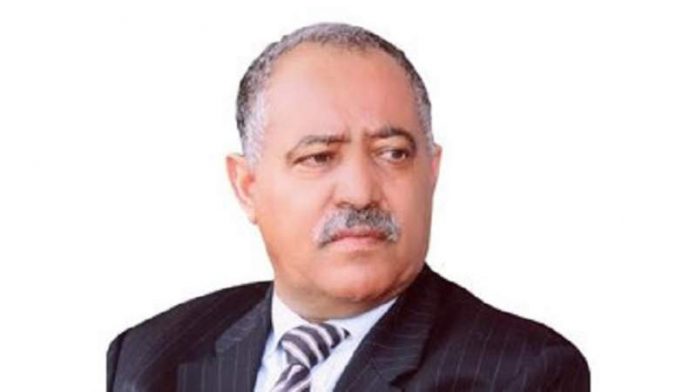 The Speaker of the Yemeni Parliament, Yahya Ali Al-Ra’i, sent on Sunday a letter to the Executive Director of the International Monetary Fund (IMF), Kristalina Georgieva, regarding the Special Drawing Rights (SDR) of the Republic of Yemen.

Al-Ra’i affirmed that the Parliament has repeatedly addressed the IMF and the World Bank about the unconstitutionality and illegality of transferring the functions of the Central Bank from the capital, Sana’a, to the city of Aden.

In the letter, the Speaker of the Parliament clarified that the transfer process is a clear and explicit violation of the Yemeni constitution and law, and that it was a political decision aimed at acquiring the powers related to printing currency and using it outside the framework of the Central Bank policy to achieve other political and military goals.

“The transfer of the bank’s activity aimed to facilitate the appropriation of state revenues and the value of sales of Yemeni oil and gas exports and to use them away from the legislative oversight of Parliament and other supervisory bodies located in the capital, Sana’a, the letter added.

Al-Ra’i indicated that the Parliament was surprised that the IMF staff held meetings with those in charge of the Central Bank’s branch in Aden and the mercenaries government loyal to Saudi-led aggression coalition to discuss the possibility of the IMF allowing the exploitation of Yemen’s Special Drawing Rights, which is estimated at 600 million US dollars within the framework of the Fund’s initiative to provide liquidity to member countries.

The letter stressed on the following:

– The Parliament of the Republic of Yemen, based in the capital Sana’a, is the only body represents the Yemeni people in all province of Yemen.

– The Special Drawing Rights belong to the entire Yemeni people and that the government of outgoing president Hadi and the branch of the Central Bank in Aden do not represent the Yemeni people.

– The use of these rights will result in great future financial obligations and burdens on the Yemeni people.

– The use of the rights of the Yemeni people by the Central Bank branch in Aden contradicts the principles and international treaties on combating corruption, money laundering and terrorist financing.

Al-Ra’i noted that allowing the Central Bank branch in Aden to exploit the rights of the Yemeni people is unacceptable and illegal.

He expressed the hope and aspiration of the Yemeni people that the IMF Executive Director will carry out her legal, moral and humanitarian duty to stop the use of the rights of the Yemeni people by the bank’s branch in Aden and to revise any decisions related to Yemen’s rights in the Fund.