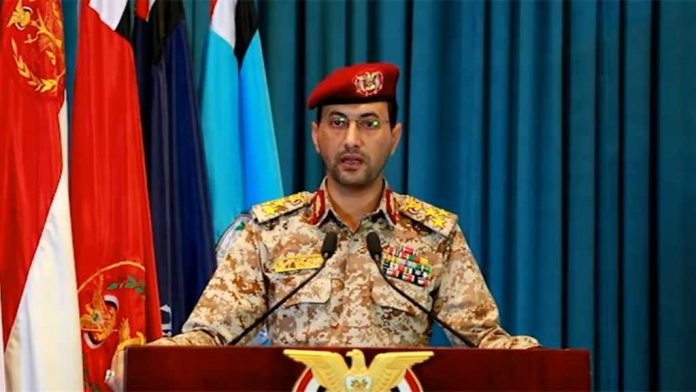 The spokesman of the Yemeni Armed Forces, Brigadier General Yahya Sare’e, has revealed details of a military operation dubbed Rabea Al-Nasr (Spring of Victory), which was carried out by Yemeni army forces and Popular Committees in Ma’rib and Shabwah provinces.

The army and Popular Committees were able to liberate several areas, with a grand total estimated at 3,200 square kilometers, Brigadier General Yahya Sare’e said in a press conference on Sunday afternoon.

“Hundreds of Saudi-led coalition recruits, including al-Qaeda and ISIS members, were killed and wounded, and others were captured, during the operation, in addition about 3,200 square kilometers being liberated,” Sare’e stated.

He added that large quantities of weapons of the aggression coalition were seized.

Brigadier General Yahya Sare’e praised the “great efforts made by the Marib and Shabwah tribes in supporting the army and Popular Committees against the invaders and occupiers.”

He called on the mercenaries and agents who are fighting on the side of the coalition, to “leave the fight with the occupiers (…), especially as the Armed Forces are in the process of completing the liberation and purification of the remaining occupied provinces.”