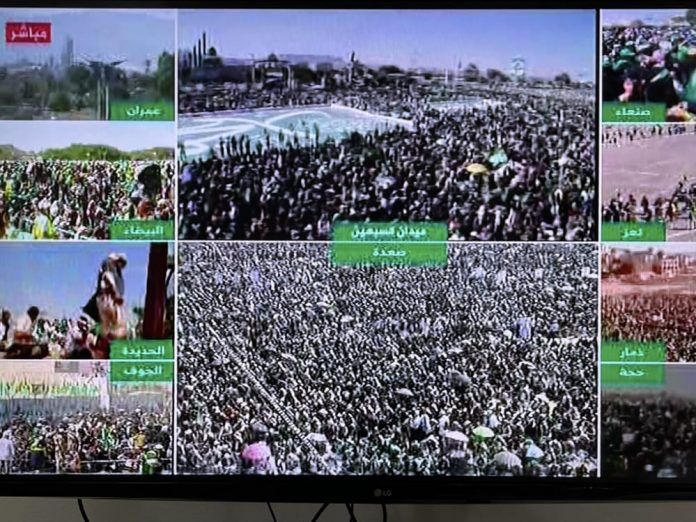 Millions of Yemenis took part in mass rallies to commemorate the birthday of the Holy Prophet Muhammad (peace be upon him) on Monday afternoon in the capital Sana’a and several other provinces.

In the capital Sana’a, hundreds of thousands of Yemeni people flocked to Al-Sabeen Square from the districts of the capital and the provinces to mark the occasion, in a picture that confirms the extent of Yemenis’ attachment to their Messenger and his great position.

The May 22nd Stadium at Al-Thawar Sports City, in the capital Sana’a, also witnessed an unprecedented female crowds to commemorate this great religious occasion, in an image that reflects the presence of Yemeni women on all fronts of confrontation with the nation’s enemies. 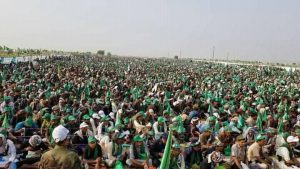 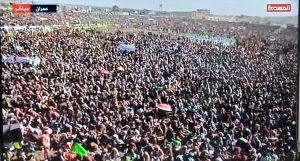 The participants in the mass rally carried banners and leaflets, which express their immortal love and respect for the Holy Prophet Muhammad (PBUH).

They confirmed their adherence to the prophet’s approach, teachings and examples set during his life.

Despite of aggression and blockade, the Yemeni people insist on celebrating the anniversary of the Prophet’s birth to assure the whole world that they are the true followers of the Messenger of Allah, from whom they derive what enhances their steadfastness against the continuing brutal war on the country for the seventh consecutive year.