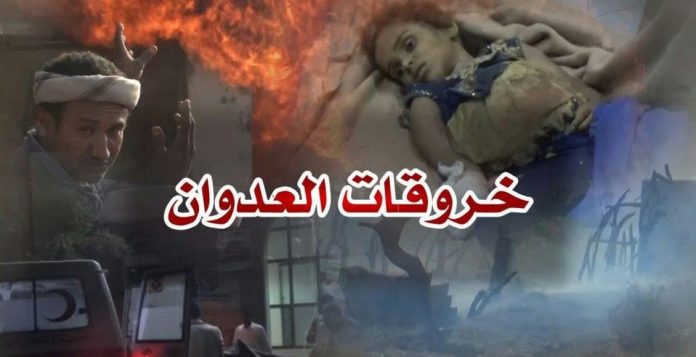 The US-backed Saudi-led aggression coalition troops committed  92 violations of ceasefire and Sweden agreement in Hodeidah province over the past 24 hours, a source in the operations room to monitor violations said on Sunday.

The source indicated that the breaches included an infiltration attempt in Hays distrit and three raids for spy drones hit the same district, while three aircrafts and three fighter jets flew over Al-Jabalia area and Hays district.

The source affirmed that the violations also included 22 breaches by artillery bombing using 43 and 56 ones by various machine guns.