Home Articles US Common Dream :The People of Yemen Suffer Atrocities, Too 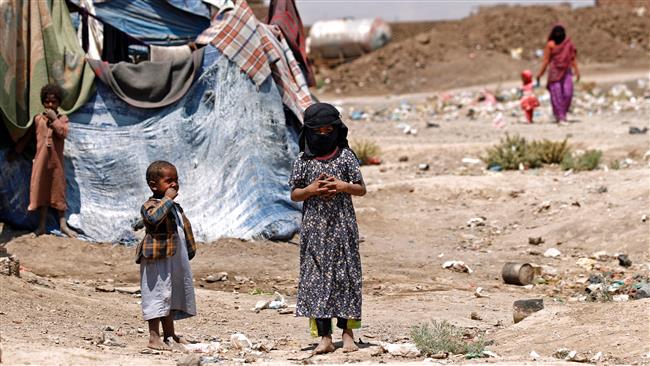 The ghastly blockade and bombardment of Yemen, led by Saudi Arabia and the United Arab Emirates, is now entering its eighth year, Common Dream website said.

“The United Nations’ goal was to raise more than $4.2 billion for the people of war-torn Yemen by March 15. But when that deadline rolled around, just $1.3 billion had come in,” the writer Kathy Kelly added.

​​“I am deeply disappointed,” said Jan Egeland, the secretary general of the Norwegian Refugee Council. “The people of Yemen need the same level of support and solidarity that we’ve seen for the people of Ukraine. The crisis in Europe will dramatically impact Yemenis’ access to food and fuel, making an already dire situation even worse.”

With Yemen importing more than 35% of its wheat from Russia and Ukraine, disruption to wheat supplies will cause soaring increases in the price of food.

“Since the onset of the Ukraine conflict, we have seen the prices of food skyrocket by more than 150 percent,” said Basheer Al Selwi, a spokesperson for the International Commission of the Red Cross in Yemen. “Millions of Yemeni families don’t know how to get their next meal.”

The United Nations estimated last fall that the Yemen death toll would top 377,000 people by the end of 2021.

The United States continues to supply spare parts for Saudi/UAE coalition war planes, along with maintenance and a steady flow of armaments. Without this support, the Saudis couldn’t continue their murderous aerial attacks.

Yet tragically, instead of condemning atrocities committed by the Saudi/UAE invasion, bombing and blockade of Yemen, the United States is cozying up to the leaders of these countries. As sanctions against Russia disrupt global oil sales, the United States is entering talks to become increasingly reliant on Saudi and UAE oil production. And Saudi Arabia and the UAE don’t want to increase their oil production without a U.S. agreement to help them increase their attacks against Yemen.

The people of the United States have the right to insist that U.S. foreign policy be predicated on respect for human rights, equitable sharing of resources and an earnest commitment to end all wars. We should urge Congress to use the leverage it has for preventing continued aerial bombardment of Yemen and sponsor Jayapal’s and De Fazio’s forthcoming resolution.

We can also summon the humility and courage to acknowledge U.S. attacks against Yemeni civilians, make reparations and repair the dreadful systems undergirding our unbridled militarism.