Home Reports Mine Action Center Director: Yemen is the first country in terms of... 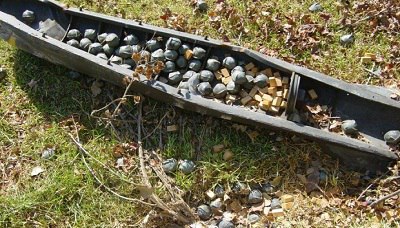 The National Committee and the Executive Center for Mine Action in Sana’a organized on Monday an event on the occasion of the International Day for Awareness of the Risks of Mine and Cluster Bombs under the slogan (mines and cluster bombs are a humanitarian disaster).

Director of the Executive Center for Mine Action, Brig. Gen. Ali Safra confirmed that Yemen is the first country in terms of recording cluster bomb victims in the world, according to the report of the Secretary-General of the United Nations and the reports of humanitarian and international organizations.

Safra pointed out that Yemen had been suffering from a mine problem since 1961, when mines represented a social and economic challenge at all levels.

He said: “Despite the efforts that were made to get rid of mines through international support and planning to declare Yemen free of them in 2017, the six wars in Saada and the Abyan war have deepened the tragedy and prevented it from being announced.”

He added: “The aggression against Yemen since March 26, 2015 has undermined all the efforts of the National Committee and its executive body and the achievements made during the past 20 years, as cluster bombs have spread in all provinces and districts without exception due to their excessive use.”

Safra indicated that the small sub-munitions that were extracted from the affected provinces amounted to three million and 133 thousand and 36 munitions, while the number of raids in which cluster bombs were used reached 2500.

He pointed out that the Executive Center for Mine Action monitored and documented the use of 15 types and models of cluster bombs, distributed among nine types of American, two British and four Brazilian types, while the number of unidentified bombs reached three types.

He pointed out that during the seven years of the aggression, cluster bombs destroyed and damaged 155 roads, 11 networks and communication stations, 16 stations and generators, three ports, 37 tanks, a water network, and 423 homes. It also destroyed and damaged seven schools and an institute, 809 agricultural fields, three mosques, five airports, and 23 fishing boats, six bridges and 547 grazing areas.

On the economic side, Safra explained that the cluster bombs destroyed and damaged 12 factories, nine commercial markets, 87 means of transportation, 180 animal farms, and 15 chicken farms.