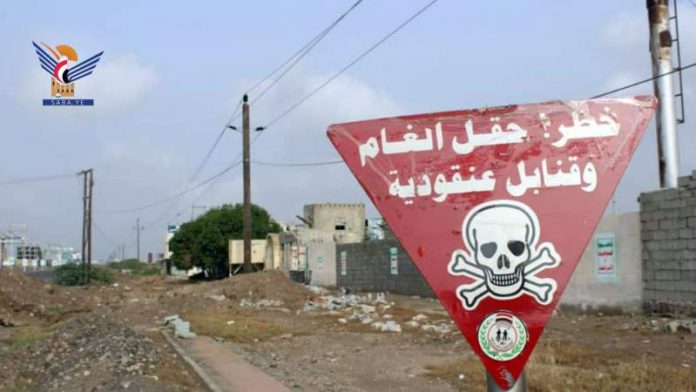 The teams of the Executive Center for Mine Action started implementing the second phase of installing warning signs for remnants of war in Al-Hawk District, Hodeidah Governorate.

The second phase includes the installation of signs on roads, streets and entrances to civil facilities located within the district, to reduce casualties in those areas contaminated by the remnants of US-Saudi mines and dropped cluster bombs.

The center called on citizens in the directorates, in which technical teams install warning signs, to cooperate with the center’s teams and to stay away from the signs, and not to tamper with them.

The Executive Center for Mine Action reported that the number of incidents increased dramatically due to lack of needed equipment used to treat the remnants.

The center stated that “the victims’ tolls, due to the bombing of mines and cluster bombs, is increasing, in light of preventing the entry of necessary equipment by the Saudi-led aggression.”