Home Reports Aggression and its mercenaries continue to Escalate in Al-Hodeidah and other... 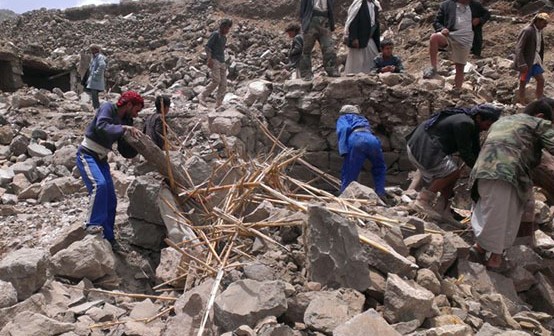 The aggression forces continued to target citizens and their property, which led to the injury of a child in new violations of the ceasefire agreement in Al-Hodeidah Governorate, while the aircraft launched a series of raids on a number of governorates during the past 24 hours.

A military source said to the Yemeni News Agency (SABA) that a child was injured and a number of cows were killed and houses were damaged as a result of the shelling of tanks and artillery forces of the aggression on the village of Al-Manqim in Al-Druhimi district.

The source pointed out that a house of one of the citizens in the village of al-Jarba al-Olaya in the al-Druhimi Directorate was damaged as a result of the intense artillery shelling of the aggression forces.

The source pointed that the aggression forces shelled two mortar shells in Al-Hodeidah city, and a military bulldozer developed combat fortifications east of Al-Shabab City  on the 90th Street.

The source pointed that the aggression forces carried out a failed infiltration operation on the army and people’s committees sites east of the city of Al-Tahita, and targeted more than 25 artillery shells and farms and property of citizens in the same area, as well as with various machine guns and more than 24 artillery shells.