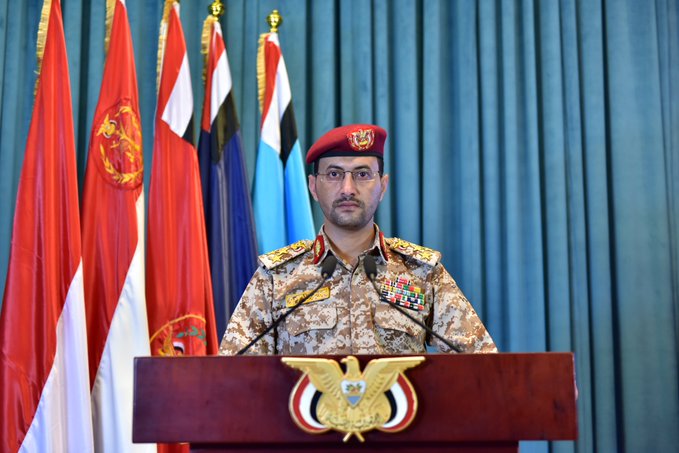 he spokesman of the Yemeni Armed Forces, Brigadier General Yahya Sare’e, has revealed on Thursday afternoon details of a military operation dubbed Fajr al-Horiah, which was carried out by army forces and Popular Committees in Bayda province.

“The operation was intended to wipe out what remains of al-Qaeda and Daesh elements as well as US-Saudi mercenaries in the province,” Sare’e said during a press conference.

The army and Popular Committees were able to liberate the districts of al-Sawma’ah and Maswarah, in addition to several parts of Mukayras district, a total area estimated at 2,700 square kilometers, within 48 hours, he explained.

“As our forces advance to eliminate takfiri elements, the Saudi-led aggression warplanes have carried out more than 30 airstrikes in an attempt to support those elements and stop the advancement of the army forces,” Brigadier General Yahya Sare’e said.

The spokesman then announced the successful liberation of the whole of Bayda province, center of Yemen.

Moreover, Yahya Sare’e explained that the “missile force and Air Force played a major role in this battle, through launching tens of operations targeting the takfiri sites and camps.”

He confirmed that the operation resulted in the killing of 70, thf wounding of 120 and capture of 40 mercenaries loyal to Saudi-led coalition.

Furthermore, he confirmed that the army forces were able to destroy and damage 10 military and armoured vehicles, in addition to seizing a large military equipment and taking control over 7 military camps belonging to the takfiri elements.

He concluded by hailing the role played by the people of Bayda during this operation, stressing “their work on the directives of the Leader of the Revolution, Sayyid Abdul-Malik al-Houthi, to liberate all Yemeni territory.”