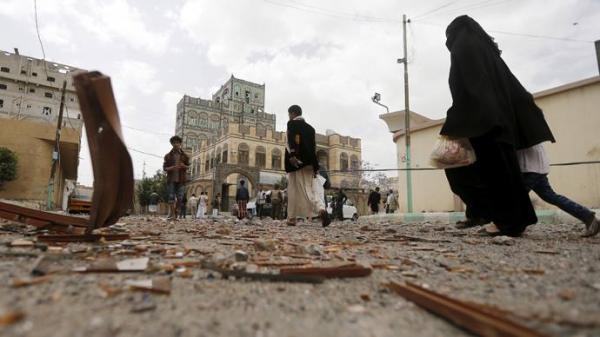 AnsarAllah and the General people congress (GPC) sent a letter  to the UN  special envoy  to Yemen Mr. Ismail Ould Cheikh Ahmed informing him about the ceasefire violates, April 15th.

The letter complained the Saudi aggression  ignoring to the ceasefire agreement, ” incessant Saudi attacks and  truce violations show their disrespect to the UN efforts,” the letter mentioned.

The letter confirmed the lack of seriousness on the Saudi aggression  to stop the  their war on Yemen and go to peace talks.

In their letter, they mentioned some of the ceasefire violates in different provinces asking the United Nations to take its responsibility against any side that try to obstruct  the peace talks.