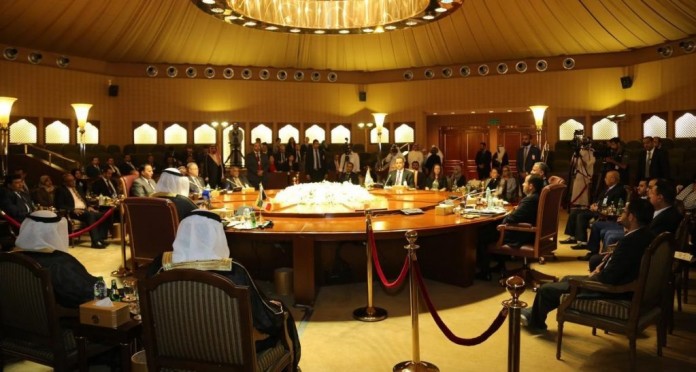 April 28th the National delegation met the eighteen ambassadors to Yemen in Kuwait.

During the meeting, the delegation members reviewed with the ambassadors the economic conditions in the Yemen because after one Year of Saudi-led coalition aggression on the Yemeni people, particularly obstructing ships movements, trade, transactions of the Central Bank of Yemen.

They stressed the need for a actual ceasefire, ” Yemen needs an urgent political solution, taking into consideration the economic and security situations,” they affirmed.

The delegation members expressed readiness to provide guarantees of security measures. They said they will only return home from Kuwait if a clear political solution is reached.