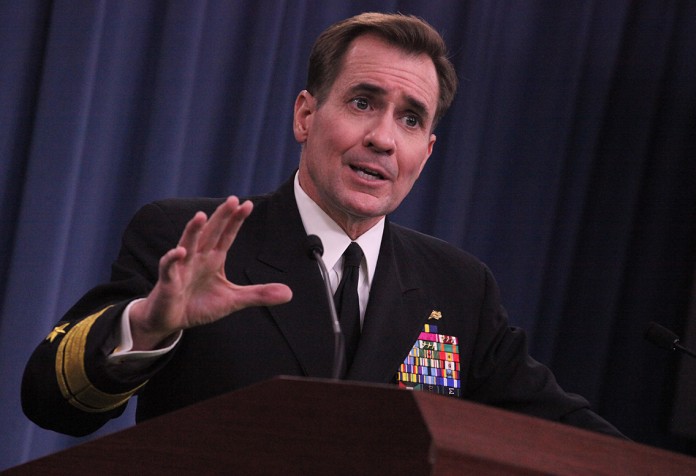 John Kirby, a spokesman for the US State Department, said the success of the Yemeni peace talks “still critical”, and praised the participated parties in the peace talks that held in Kuwait. He also welcomed  the news about the principles of the prisoners exchange agreement.

Kirby said on Monday “we still believe that the success of the ongoing peace talks in Kuwait is critical to achieve peace, security and stability in Yemen.

In videotaped remarks published by the official account of the US State Department on Twitter, John Kirby added: “The United States commends the parties involved in the talks, as well as the important steps that have already been taken.”

He also pointed out “we also welcome in particular, the news that delegations had agreed in principle to exchange half of prisoners and detainees from both sides, which is expected to happen before or at the beginning of Ramadan.”

U.S State Department spokesman said “we continue to provide our full support to the efforts of UN Special Envoy, which Ould Cheikh  saw these talks as a historic opportunity.” He added “we also renew our call to all parties to make the tough choices that will lead to a final agreement in Yemen. “