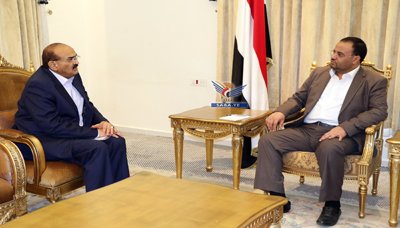 During the meeting, they discussed the progress of the judicial process,  measures and policies taken by the Council during the current and future periods, to tackle the crimes, problems and the consequences caused by the Saudi-led coalition aggression.

Saleh al-Samad expressed his thanks and appreciation to the judges and justice officers who are the models of dedication in the judicial work, overcoming all difficulties, stressing that the judicial work is a highly dignified message, human and moral role before being a public function