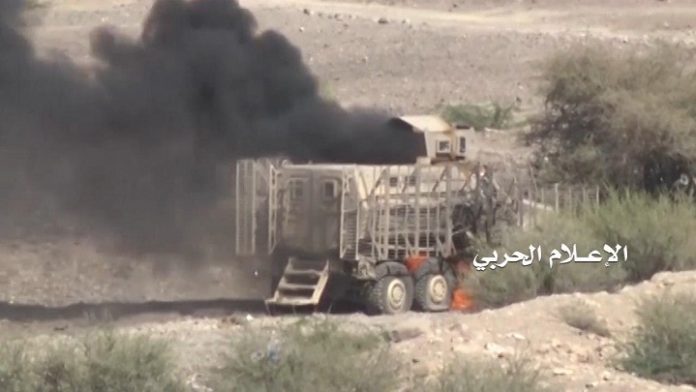 A number of mercenaries were killed and wounded and five mechanisms  were destroyed  in separate operations for the army and the popular committees in Al-Jwaf province.

A military source told SABA that four  mechanisms were destroyed by operations for the engineering unit in Sabreen area in al-Khap and Shaf district.

The source pointed to the a number of mercenaries were killed and wounded by an operation for the army and popular committees on their positions in al-Mslaob Directorate .