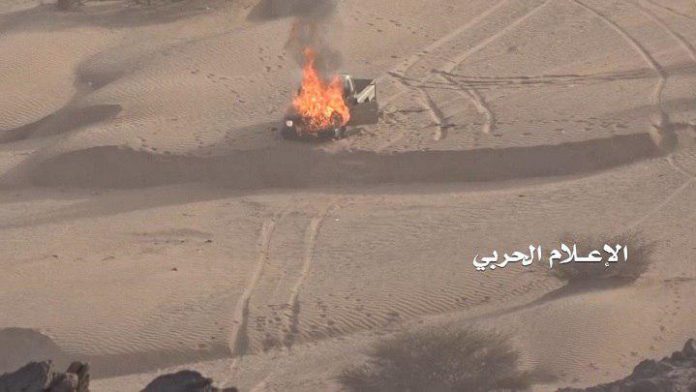 Dozens  of Saudi-hired mercenaries were killed and wounded on Sunday, while a military vehicle loaded with mercenaries was destroyed on Sunday in an offensive carried out the Yemeni army in Najran Region.

A military official told  SABA that the army backed by popular committees attacked positions of the mercenaries in Raba’a area of Ajsher desert, killing and injuring several of them.

The official added that the army’s engineering Unit destroyed a military mechanism in an ambush in the same district, killing all its crew members.

Earlier in the day, the army backed by popular committees foiled an infiltration attempt carried out by mercenaries towards the army positions in font of Sudais, as well as launching a counterattack against Saudi army’s mercenaries in Shajaa square of the same region.