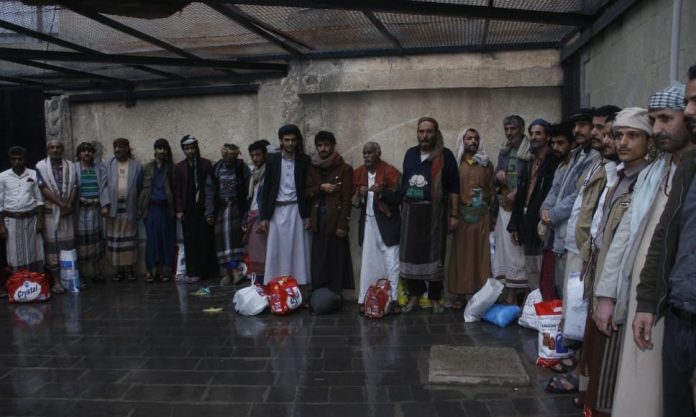 About 04 people, who had fought alongside the Saudi-led coalition aggression, were freed on Saturday in Sanaa.

A director of the Military Intelligence Department, Brigadier General Ali Mohammad Abu Huliqa, said that the operation of the release came in accordance with the directives of the Leader of the Revolution, Sayyed Abdul-Malik Al-Houthi, on the occasion of the month of Ramadan.

He stressed that the current stage requires everyone to be alert and vigilant to confront the aggression plots that target the homeland, its security and stability.