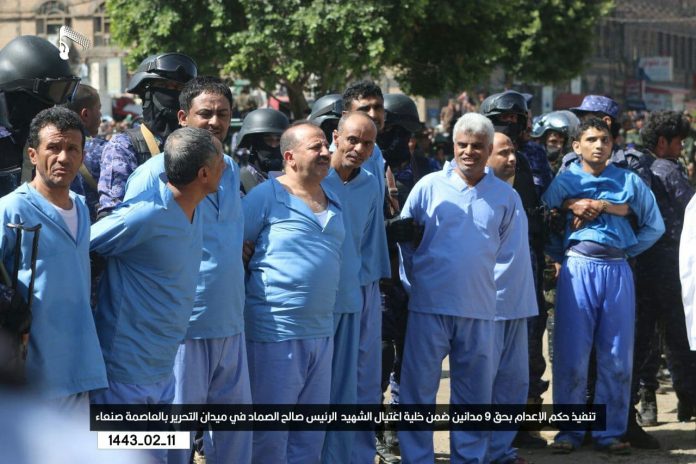 Nine members affiliated with the Saudi aggressors were executed on Saturday in the capital Sana’a.

The court found the convicts guilty of the assassination of Martyr President Saleh al-Sammad and his companions, who were assassinated in Hodeidah coastal province on April 19, 2018, an official source reported.

The death sentence took place in Sana’a, Al-Tahreer square after all the legal procedures were completed by the court.

On the 5th April 2021, the criminal court in Hodeidah province had decided to uphold the preliminary ruling issued on August 24, 2020, convicting 16 defendants of the assassination of President al-Sammad, and punished them with the death penalty.