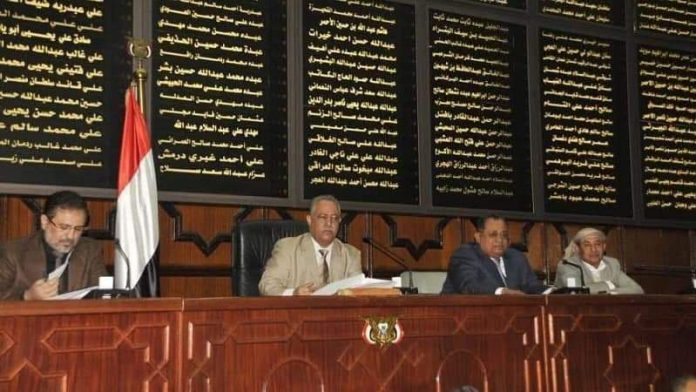 The Parliament, Saturday, chaired by Yahya Ali Al-Rai, praised the victories achieved by the heroes of the Army and Popular Committees in the (Al-Bass Al-Shadeed) military operation recently.

The representatives saluted the steadfastness of the legendary heroes despite their exposure to more than 3,290 raids launched by US-Saudi aggression, in desperate attempts to impede the progress of the heroes of the Army and Popular Committees, in addition to targeting civilians in the free zones.

They praised the heroic epics that fighters do at the fronts, and the role of the free tribesmen in the Marib Governorate in the face of US-Saudi aggression.

They urged the fighters on the fronts to achieve more victories until the liberation of all Yemeni islands, waters and soil.