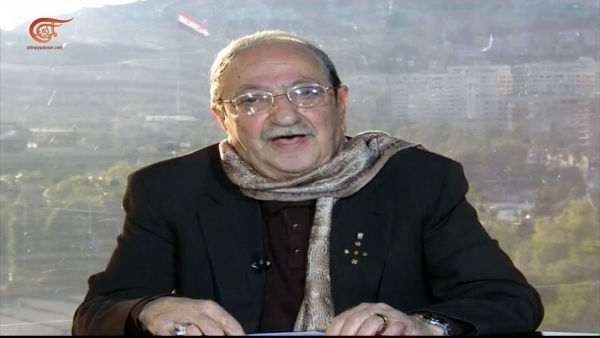 Activists on social media published a video clip from an interview with the Syrian artist, Duraid Laham, and what he said about the war in Yemen and who attacked him, which sparked an interaction.

The video clip was from a previous interview with the Syrian artist on Al-Mayadeen channel, in which he said “America and those with it in the region are the ones who attacked Yemen. This poor country and its poor people who raised the flag of Palestine in all their festivals are slaughtered day and night by planes ,artillery and missiles, and no official talked about . Not for any official, but rather for some Arab officials on this issue.”